The castle is cited for the first time during the year 950, as a belonging of the Counts of Barcelona. That year the Countess Adalaiz donates the castle “quem dicunt castrum Spugnola” to the monastery of Sant Joan de de les Abadesses.

Later belonged to Sant Miquel de Cuixà during the regency of abbot Oliba.

The knights of lineage Espunyola appear during the 12th century, lords of the castle and all surrounding area. Among them Guillem de l’Espunyola, who is cited in the last will of the famous trobador Guillem de Berguedà. 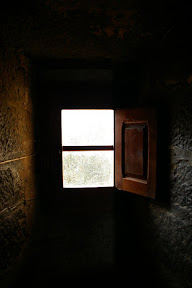 In the fourteenth century the castle was in the hands of Ramon de Peguera i Bell-Lloc, advisor to the king, who participated in the war against Castile.

Later, the Castell de l’Espunyola came into the possession of different lineages until the seventeenth century it was acquired by the Generalitat’s deputy Francesc de Tamarit, one of the most prominent lords of Espunyola, who lived during certain periods at the Castle. Precisely Tamarit imprisonment in 1640, due to his protesting against the policy of the Count-Duke of Olivares, provoked the revolt called Corpus de Sang, which triggered the Reapers War, in which he emerged as a major political and military leader.

Etymology of the name Espunyola

Of uncertain etymology, the name appears in the old documentation (10th century) as ipsa Sponiola or Spugnola, both forms with a Romanesque diminutive suffix . It may derive from the Latin root names “espona” (cliff or slope associated with fields, meadows or streams) or “spongia” (porous rock).

Please use the following telephone number to proceed with your booking:

or by email using the form at the Contact page, or sending your email message to:

We use cookies to record anonymized statistics (Google Analytics). By agreeing you accept its use.